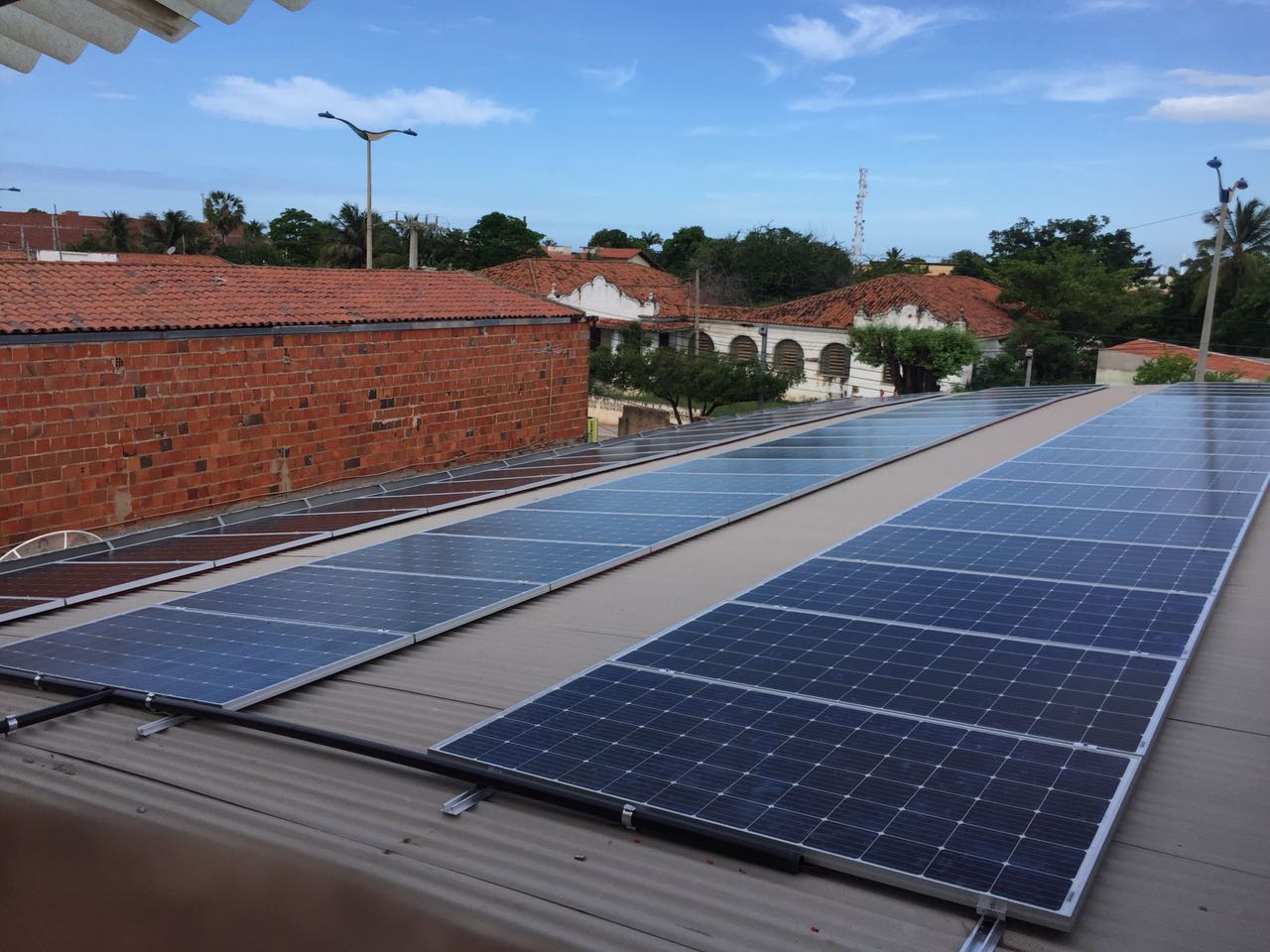 by Solarfast
in Noticias
Comments
SHARES611

The efficiency and reliability of solar power generation are largely determined by the properties of the PV inverters used. As a key component of a PV installation, the inverter converts direct current generated by the PV modules into alternating current for the power grid. Until now, research into electronic power converters has typically focused on increasing power density by using the latest semiconductor technologies and circuit topologies.

However, new research approaches are needed to tackle the ever increasing cost pressures of a globalized PV economy. Researchers at the Fraunhofer Institute for Solar Energy Systems ISE and its project partners have teamed up to investigate what a new generation of PV inverters aimed at reducing costs could look like. Assembly, cooling and packaging technologies were identified as key areas where adjustments could be made.

The aim of the project is clear from its name: “PV Pack: Optimized cooling, packaging and assembly technologies for efficient, fast-switching and highly integrated PV inverters in the 10 to 40 kW power range.” To achieve this, a highly qualified consortium was formed, comprising SMA Solar Technology AG, Fraunhofer Institute for Manufacturing and Applied Materials Research IFAM, Phoenix Contact GmbH & Co. KG and Fraunhofer ISE. These partners bring complementary experience and expertise in the fields of sintered materials with high thermal conductivity, packaging technology as well as power electronics. With fast-evolving market demands in mind, the group already increased the target level for the development of  highly integrated PV inverters to a rated power of 70 kW at the start of the project. The mechanic and electromechanical components in particular were analyzed, and innovative solutions were developed and combined into an overall concept.

A central element of the highly integrated concept is the so-called “hot core”, which allows losses stemming from the semiconductor to be channeled away via the heat sink on multiple sides. By uncoupling the cooling element from the housing, the developers were able to increase the maximum temperature by 30% and, by turning to sintered materials, cut down on material use significantly.

The structural concept includes different temperature zones, which vary by the type of cooling method, maximum temperatures and IP protection classes. This means cooler zones can be used to install cost-efficient components with lower temperature requirements. Costs can also be cut by using standard technologies in circuit boards. The two-stage power electronic converter contains five boost converters and a three-phase three-point inverter topology. Through targeted use of silicon carbide semiconductors (SiC) and the associated increased switching frequency, the researchers were able to significantly reduce the size of the passive elements, thereby increasing power density and also reducing material use.

The project partners successfully made use of cost-effective technologies available on the market, modifying and optimally combining them into an overall device concept. The maximum efficiency measured for the inverter developed, including internal consumption, is 98.8%, while the European efficiency of the total device is 98.3%. The reduction in volume was also largely possible thanks to the use of smaller mechanical and electromechanical components. This resulted in a total weight, including housing, of 58.5 kg with 110 liters of installation space. “At 1200 W/kg, the power density greatly exceeds devices available on the market,” says Sebastian Franz.

The project “PV-Pack”, which began in 2014, was carried out over three years and received approximately 1.9 million euros of support from the Federal Ministry of Education and Research (BMBF). With this money, the BMBF is supporting research and development projects on power electronics in Germany as part of the Federal Government’s High-Tech Strategy and on the basis of the ITC 2020 program.